Lord Shiva is a Hindu deity and represents the aspect of the Supreme Being. The meaning of the Sanskrit word Shiva is 'pure and destroyer'. According to Hindu mythology.

Veerabhadra Swamy Idol, Veerabhadra is an avatar of Lord Shiva. He was created by Lord Shiva in order to teach a lesson for Lord Daksha, who had insulted Lord Shiva and avoided him to invite for the Yagna conducted by him. Sati was the daughter of Daksha. At her younger age, due to the holiness of Lord Shiva, she loved Lord Shiva and decided to marry him.She married Lord Shiva with the displeasure of Lord Daksha. Daksha doesn’t like Lord Shiva due to his strange appearance. His holy appearance was not liked by him, and he ignored him in all the activities. 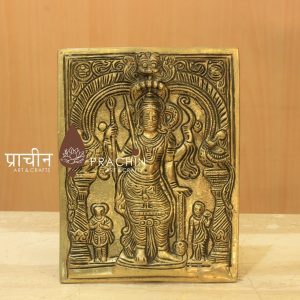