Lord Hanuman is considered to be an exemplification for Love, Compassion, Devotion, Strength, Intelligence, Perseverance.

Who Is Lord Hanuman ?

The Lord Hanuman as the God is a divine personification of Spiritually Matured Human Mind. Lord Hanuman is considered to be an exemplification for Love, Compassion, Devotion, Strength, Intelligence, Perseverance. Hanuman directed all his energies towards the worship of Lord Rama, and his undying devotion made him such that he became free from all physical fatigue. And Hanuman’s only desire was to go on serving Rama. 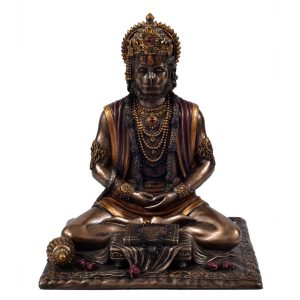