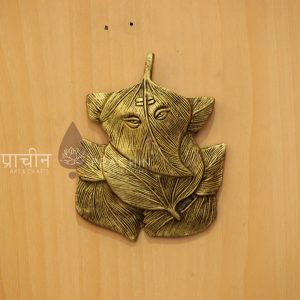 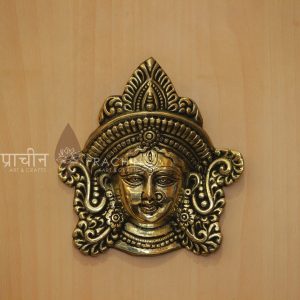 Brass Durga Mask. In Hinduism, the goddess Durga, also known as Shakti or Devi, is the protective mother of the universe. She is one of the faith’s most popular deities, a protector of all that is good and harmonious in the world. Sitting astride a lion or tiger, the multi-limbed Durga battles the forces of evil in the world.